…performances by winners of a National Open Competition in Organ Playing, recorded during the 1982 Biennial Convention of the American Guild of Organists in Washington, DC.

JEHAN ALAIN: Postlude for the Office of Compline

This broadcast, another in a series of programs that marked the full-time return of PIPEDREAMS to the national airwaves in 1983, features the 1970 Aeolian-Skinner organ at National Presbyterian, Washington D.C. 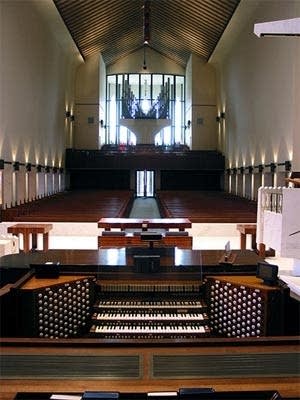 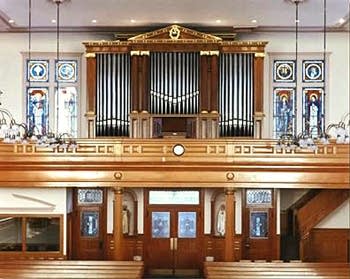 Learn more about the tremendous support we receive from the Family of Lucinda and Wesley C. Dudley, from Walter McCarthy, Clara Ueland and the Greystone Foundation, from Jan and Steve Kirchner, from the Art and Martha Kaemmer Fund of the HRK Foundation, and from affiliate members of the Associated Pipe Organ Builders of America (APOBA), including Bond Organ Builders of Portland, OR.