…An all-improvisation concert of music inspired by themes suggested by members of the audience, as recorded on the 1979 Virtanen organ (4 manuals, 52 stops) at the Church of the Cross.

Andrzej Chorosinski: will play an improvisation on a 12 note theme and a hymn tune by Oskar Merikant

Martin Haselbock: improvises on a Finnish folk melody and the March from the Karelia Suite by Jean Sibelius

OLIVIER LATRY: combines another Finnish folk-song and a little "can-can"

HANS HASELBÖCK: takes a hymn by Finnish composer Armas Maasalo and improvises music in the style of Purcell, Bach, Mozart, Schumann, Messiaen, Widor and others

ANDERS BONDEMAN: concludes the concert with a free fantasy based on Finlandia by Sibelius

These performances were recorded in August 1983, the final concert in the Lahti Organ Festival Series that year (Finish Radio tapes.) 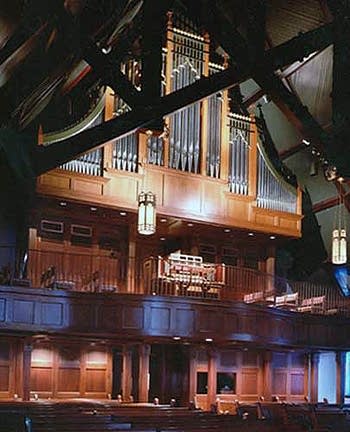