With organologist and restorer Susan Tattershall, we explore the musical legacy of the Spanish conquest of the New World, visiting historic instruments in the regions of Oaxaca, Tlaxcala and Mexico City. Less than a century after the first expedition of Christopher Columbus, the art of organbuilding, taught by Spanish monks and practiced, to large extent, by indigenous artisans, was firmly established on the North American continent. Our program travels the countryside, revelling in the ‘sights and sounds’ of a remarkable culture, and listening to instruments built in the 17th, 18th and early 19th centuries, some small enough to stand on a card table, others as grand as the finest cathedral organs of Old Spain. Performances feature Jose Suarez of the Mexico City Conservatory, and Roberto Oropeza. All recordings were made on location and generally in compromised circumstances, and in most cases the organs were pumped by hand. Sites and musical selections include:

While all of this music was recorded specifically for this broadcast, several excellent compact discs of Mexican instruments, including some of those above, are available through the Organ Historical Society. 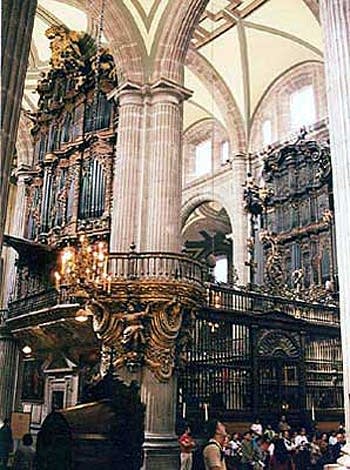 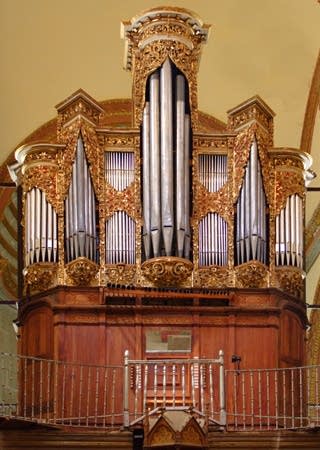