We take the psalmists directive, at least for few moments, and venture Beside Still Waters on our next Pipedreams program by listening to music by American composers. Douglas Cleveland plays Dan Locklair’s Windows of Comfort… a series of movements inspired by Tiffany stained glass window scenes. David Higgs presents the world premiere of Three Meditations, by Augusta Read Thomas, and Mary Preston joins the Colorado Symphony for a colorful and sizzling new Concerto for Organ and Orchestra by Gerald Near which might make you stand up and shout bravo. From alpha to omega, we explore the living art of colorful contemporary repertoire with Douglas Cleveland, David Higgs, and Mary Preston as our soloist guides. From an Organist’s Guild Convention in Denver, it’s the American Muse at work, this week on Pipedreams.

Though these performances were recorded in concert, commercial recordings are available of some of this repertoire: 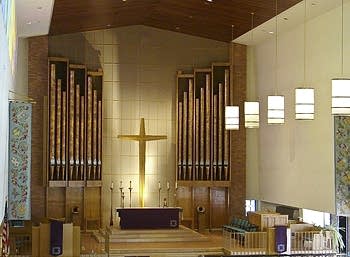 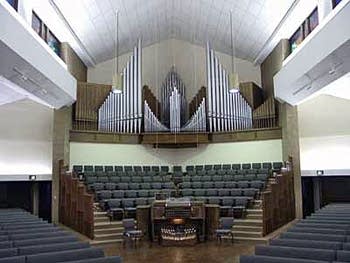