It’s about knowing both sides, when to hold back in thoughtfulness and when to rush impetuously forward, to know the heart of a piece beyond just the muscle. On our next Pipedreams, eight very aware young talents, recent award winners in a national competition, show us their stuff and tell us their dreams. The names of Michael Costello, Jeeyen Son, Svetlana Fiahkretdinova, Cara Dye, Todd Fickley, Tom Trenney, Grace Renaud, and Frederick Teardo may still be new to you but among them likely are some of the heroes of tomorrow. Whether in sweet serenity or soulful soaring, eight twenty-something young artists prove that the future’s been well-provided for by the talents they are husbanding today. Bask in their glow, Rising Stars, this week on Pipedreams.

DAN LOCKLAIR: The Peace Shall be Exchanged, from Rubrics. CHARLES IVES: Variations on America –Tom Trenney

These eight performers, all in their early twenties, were winners of the American Guild of Organist’s Regional Competition for Young Organists. The played the 1967 Schlicker organ in concert at Plymouth Congregational Church, Seattle, recorded July 2, 2000. They’ll chat with host Michael Barone about the genesis of their organ involvement. 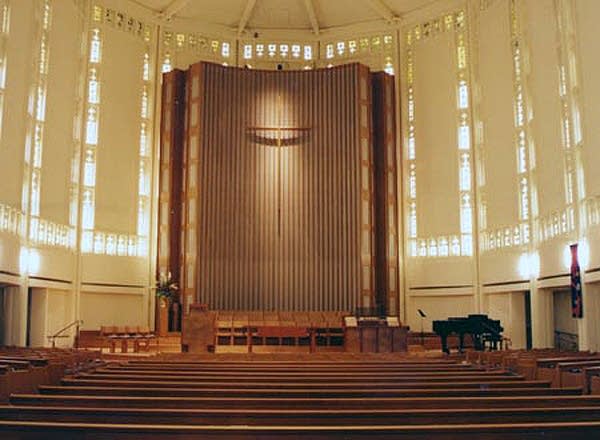