Obviously, his fingers do the talking. Though he’s spending most of his energy as a guest conductor; and leading revelatory performances by his Vienna Akademie Orchestra, Austrian recitalist Martin Haselböck still savors his first love, which is the pipe organ. This week, we’ll enjoy his lively playing and insightful commentary in selections from Bach to Bruckner. Recorded while in concert on the recent Fritz Noack instrument at the Chapel of the Saint Paul Seminary in Minnesota, you’ll be impressed with his interpretation and technique. Listen to performances of Haydn, Heiller, Froberger and Muffat, plus an improvisation combining Ach, du lieber Augustine and Deep River. Experience the energy of Martin Haselböck Live! Recorded during a special Pipedreams Live! event at the Saint Paul Seminary Chapel in Minnesota.

Martin Haselböck appeared in concert and was recorded on May 14, 2001 on the 22-stop instrument by Fritz Noack, Opus 136 (2000 Noack/St. Paul Seminary Chapel, Saint Paul, MN) 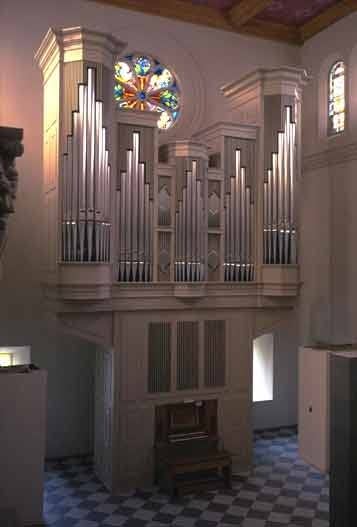