They earned their gold, and you’ll hear why as this week’s show features prize-winners from Canada’s renowned Calgary International Organ Competition. Vincent Dubois surprised even himself, while the improvisations of Laszlo Fassang, the deft playing of Canadian music by Jonathan Oldengarm, Iveta Apkalna’s Bach, and Clive Driskill-Smith’s excellent ensemble guaranteed these artists a share in some of the best money a young organist can earn. We share their musicianship, and their moments of glory with you, in the second of three broadcasts in a series of Calgary Festival Highlights. Don’t miss a note of it, they won’t.

All performances were recorded by the Canadian Broadcasting Corporation in August 2002 at Calgary’s Jack Singer Concert Hall (1987 Casavant organ). 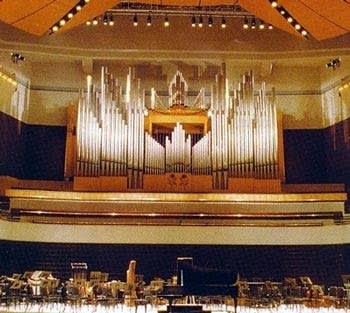