…courtesy of the BBC, these performances come direct from this summer’s festival season at the Royal Albert Hall, London’s premier gathering place for classical music.

These concert performances were recorded by the British Broadcasting Corporation on July 22 & 25, 2009 in Royal Albert Hall and are made available through the European Broadcasting Union.

The Mander organ company completed its restoration of the hall’s heroic 1871 Henry Willis; 1924; 1933 Harrison & Harrison; 2004 Mander organ at Royal Albert Hall in London, England, UK in 2004 and with 9997 pipes, it is the largest concert hall instrument in England. 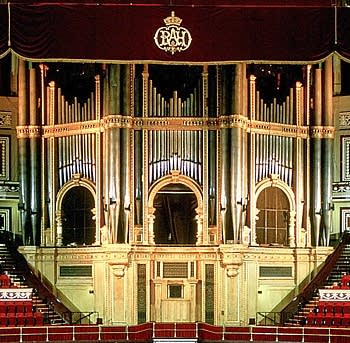