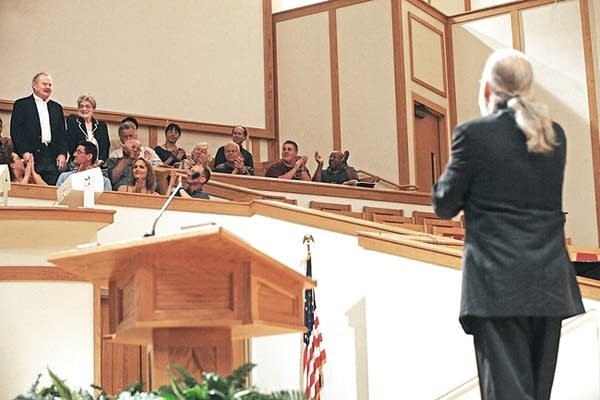 Wesley Coleman Dudley, II. Age 85, of Williamsburg, Virginia and Bar Harbor, Maine. Died July 25th, 2018 in Williamsburg. Wesley Coleman Dudley was born in Buffalo on December 15, 1932, the son of Donald and Annette Dudley. He attended Nichols School and graduated from St. Paul's School, Concord, New Hampshire, before receiving his Bachelor's Degree from Yale University. A two year stint with the U.S. Navy in Hawaii followed before he returned to Buffalo in 1958 and Worthington Pump Company. Six years later he became an entrepreneur, managing Auto Wheel Coaster Company in North Tonawanda, N.Y., before joining his family's management office. Four decades ago, he began spending winters in Williamsburg, Virginia, and summers in Bar Harbor, Maine, allowing him to explore his two dominant passions - pipe organs and boating. His interest in pipe organs began at St. Paul's, deepened during his years at Yale, and flourished thereafter. He cared deeply about organ music and about those who play that complicated and compelling instrument.A quiet philanthropist, he supported many projects anonymously, but there was one exception the public radio program "Pipe Dreams. "He allowed his name to be used on-air in order to encourage others to support both the program and public radio stations throughout the country. Over half a century he owned a succession of boats, each named "Donald Duck." He took his family cruising on the Great Lakes, the Intracoastal Waterway, and along the East Coast of the USA. Wes, boat, family, and smiles - especially his, made for pleasant excursions around the Maine coast. Wes was preceded in death by his parents and his daughter, Katherine Mary Dudley. He is survived by his wife of sixty two years, Lucinda Nash Dudley, and his children - Nanette Schoeder (David), Donald M Dudley (Janet), three grandchildren, Nicholas Schoeder, Katherine Dudley, and MacLaren Dudley, their mother Meg Dudley, and two step-grandchildren, Grace and Madeleine Waters. Flowers gratefully declined. Memorial contributions may be made to Minnesota Public Radio, Attn. Jamie Ziemann, 480 Cedar St., St Paul, MN 55101 or to the Dudley Scholarship at The Eastman School of Music, Attn. Suzanne Stover, 26 Gibbs St., Rochester, NY 14604.