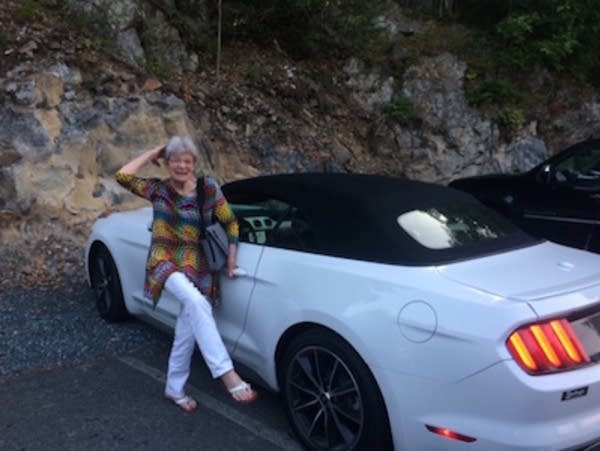 Lucinda Vanderhoef Nash Dudley of Williamsburg, Virginia, and Bar Harbor, Maine, died in Maine at the age of 84 on July 27, 2019 after a long bout with cancer. Lucinda was known by most everyone as "Cinda." She was born in Minneapolis, Minnesota, on January 28, 1935, the first child of the marriage of Edgar Vanderhoef Nash and Nancy Adair Van Slyke in 1932.

During her husband's tour of duty with the U.S. Navy, they lived in Hawaii, returning to Buffalo to raise their family and to pursue their philanthropic interests. Wes worked for the Worthington Pump Company before striking out to create and manage his own enterprises.

At the same time, Cinda and Wes began what was a lifelong career in supporting the arts - with Wes focusing on music for the pipe organ, while Cinda's interests ranged from theater, classical music, opera, art, and dance, as well as the pipe organ. She enjoyed local theater performances and brass concerts as much as her trips to New York's stages and music halls. Their home was decorated with the works of favorite local and internationally known artists.

A woman of independent mind, with an excellent sense of humor, she was courageous throughout her life encounters with personal tragedy - from the loss of daughter Katherine in an accident to her own long, debilitating and final illness with which she contended - a variety of cancers over 31 years. Yet she never faltered, researching her foe and finding outstanding medical professionals with whom she maintained long friendships.

Throughout her lifetime, Cinda exemplified the generous and thoughtful qualities of the anonymous philanthropist, paying particular attention to Planned Parenthood, education, public radio, local arts organizations, individuals in need, and the Episcopal Church.

She continued her husband's interest in and support of the musical range of the pipe organ - especially through support of the weekly national and international public radio broadcasts of PIPEDREAMS.

Cinda's yearning for travel, combined with her curiosity, sent her on numerous adventures - the latest at age 81 was a trip to the Galapagos Islands, accompanied by her grandchildren. In the words of one young traveler, "It was a blast!"

Cinda was preceded in death by her parents, her husband Wes, and their daughter, Katherine Mary Dudley.

In celebration of her life’s journey and in lieu of flowers, please consider a donation in Cinda’s memory to your local Planned Parenthood, local Food Bank, PIPEDREAMS at Minnesota Public Radio, c/o Brad Althoff, 480 Cedar St, St Paul, MN, 55101, or the Eastman School of Music to the Dudley Scholarship Fund at 26 Gibbs Street, Rochester, NY 14604-2599.

It should be noted that Cinda and Wes were underwriters of the very first PIPEDREAMS programs, beginning in January 1982, and have continued their significant support through the entire history of the program.