…a recital by Dr. John Obetz on the Rieger organ at All Souls Unitarian Church in Washington, DC, recorded during the 1982 National Biennial Convention of the American Guild of Organists.

This broadcast was another in a series of new programs that marked the full-time return of PIPEDREAMS to the national airwaves in 1983. 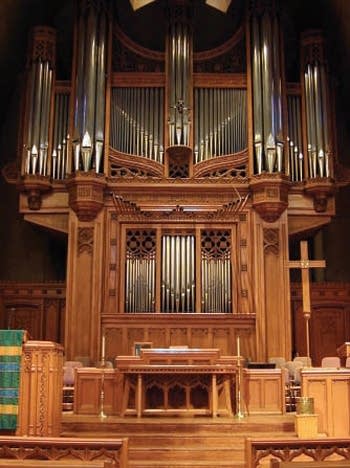