…A musical tribute to the famous French composer and organist, featuring his own performances.

G.F. HANDEL: Organ Concerto No. 8 in A, Op. 8, no. 2  Maurice Durufle, solo and Marie-Madeleine Durufle-Chevalier, accompaniment (National Shrine of the Immaculate Conception in Washington, D.C.)

Charles Tournemire made a series of historic recorded improvisations in the early 1930s which were transcribed into musical notation by Durufle, a Tournemire pupil by whose labors the repertoire was immeasurably enriched. 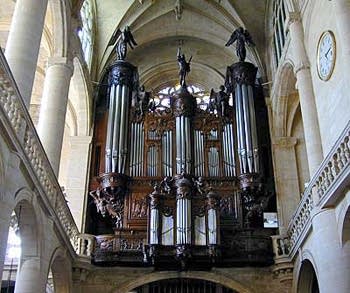 1956 Beuchet-Debierre organ at the Church of Saint Etienne-du-Mont, Paris, France 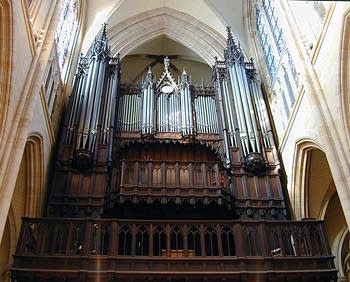