He lives in the countryside just down the road from Valparaiso University, he’s got a recording studio and a barber shop in the barn out back, and spends considerable time teaching in Saarebruecken, Germany, and Appleton, Wisconsin. And when he plays, his imagination works overtime. We visit with the ever stimulating and always iconoclastic Wolfgang Rübsam to understand why amidst all the other distractions organ music continues to feed his soul and, through him, ours. As a former pilot, a barber, recording engineer, teacher, and recitalist, he’s totally fearless, and willing even to risk a Bach Trio Sonata in concert. Wolfgang Rübsam reflects on his career and accomplishments, and shares some great and timeless music, From the Wolf’s Den, this week on Pipedreams.

Wolfgang Rübsam teaches at the Hochschule für Musik in Saarbrücken and is artist-in-residence at Lawrence University in Appleton, WI. In addition to his recital activity and his ongoing recording and production work in the series Encyclopedia of Organ Music for Naxos Records, Wolf runs a professional barbershop adjacent his recording studio at home in Valparaiso, Indiana. And he plays pretty well, too. 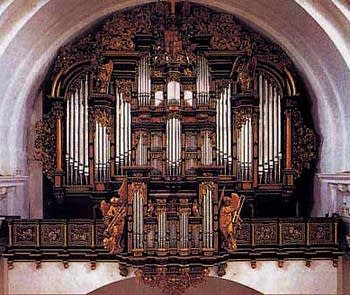 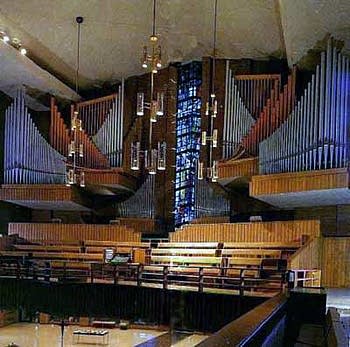 1959 Schlicker organ at Valparaiso University, IN 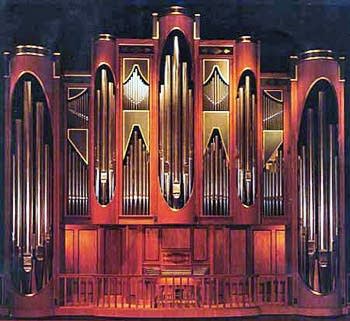