He was the big cheese in the French organ world of one hundred years ago, and on our next Pipedreams broadcast we celebrate his legacy with a composite performance of his most famous work. Although he wrote 10 solo organ symphonies, his Number V has always been the most popular, because of its famous concluding Toccata. We’ll hear the entire work, each movement played by a different soloist on a different instrument, plus another symphony, for organ and orchestra, a rare gem presented in concert at the American guild of Organists Convention in Atlanta. Hear the lavish and lovely compositions of Charles-Marie Widor a toast to King Widor this week on Pipedreams. 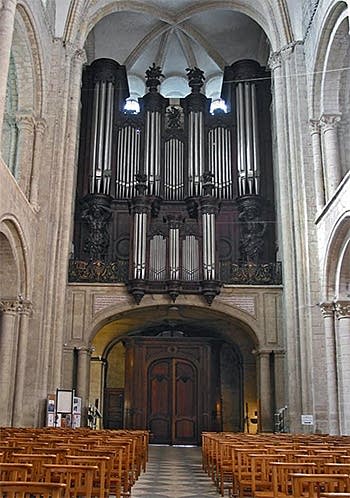 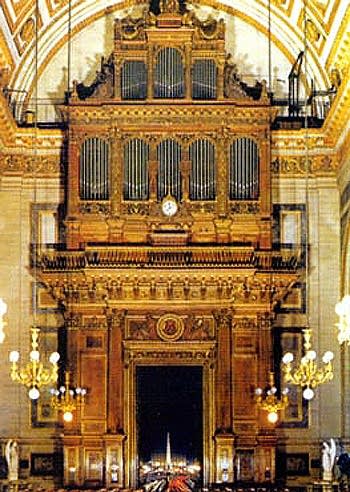 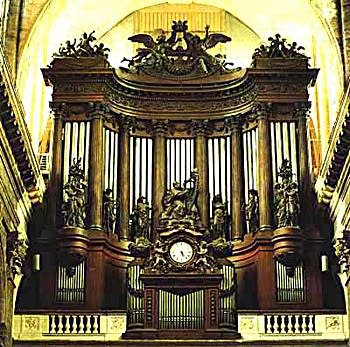 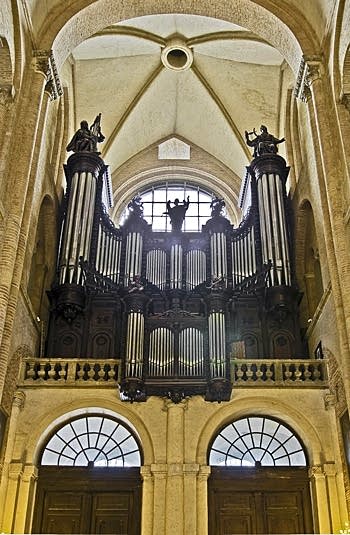 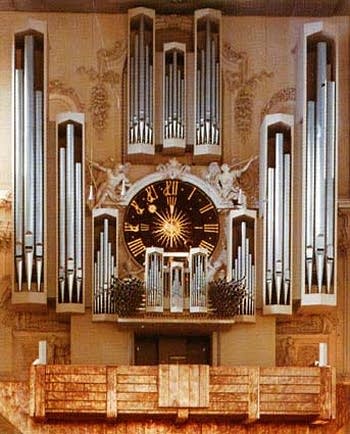 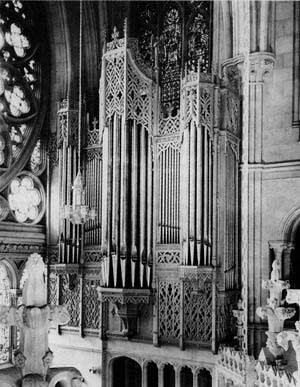 Section of the 1954-1990 Schantz organ at the Cathedral Basilica of the Sacred Heart, Newark, New Jersey